The Arizona Commission on African American Affairs was an idea birthed from a workshop during a Legislative Conference called “Delta Day”, hosted by Senator Leah Landrum Taylor at the Arizona State Capitol in February 2002. The purpose of Delta Day was to educate people of color on the legislative process.

Thanks to the hard work and tenacity of several constituents, organizations, agencies and legislator over the years, on May 10th 2010, the Arizona Commission on African American Affairs became one of the only ten Commissions in the United States to be legislated into state statue (A.R.S. 41-531-534) 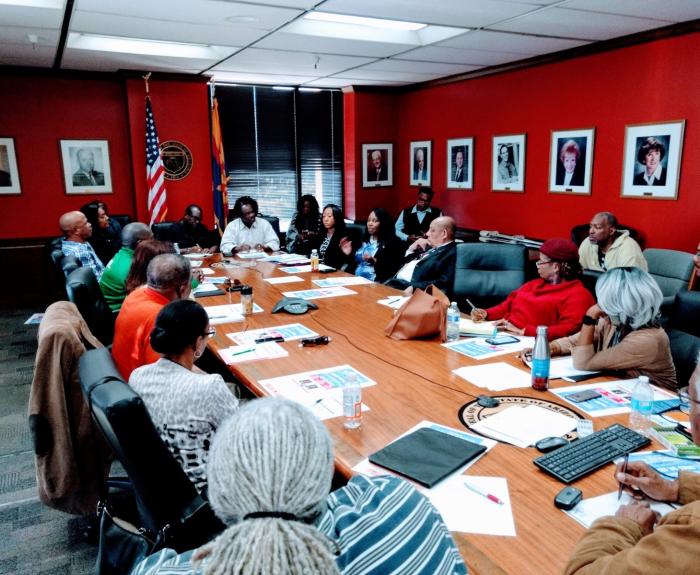 Our purpose is for many African American Leaders and communities’ throughout the state to join together as the voice of physical, emotional and spiritual realities facing Arizonans of African American Decent expressing constructive concerns to the leaders of the great state of Arizona. The Commission of African American Affairs will give you tools to begin to discover solutions for our communities through articulating the needs and developing strategies. Together we can renew the dream, and with forethought and drive, orchestrate our destiny.